DEAR READERS: Yesterday Episode 60 leaped out of my computer and into Gerhard’s Journey before I had a chance to stop it. Just ignore it as it will come by in its proper numerical order very soon. Meanwhile enjoy this episode.

In Gronau, Germany, on the Dutch border, Gerhard found the safe embrace of Mennonites. Now that he was a refugee, Gronau fit him like a glove. 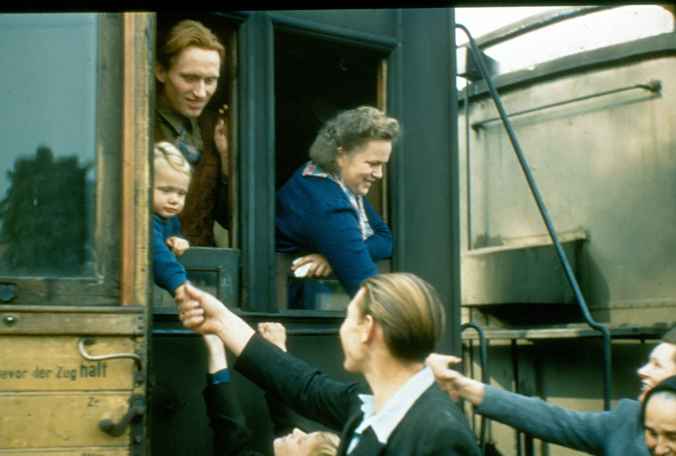 According to the requirements for United Nations help, Gerhard did not qualify. Neither did most other Mennonites who accepted German assistance and citizenship. Was he subjected to a stringent process? Did he complete a questionnaire regarding his war time activities? Hardly. Gerhard writes the only test he needed to pass was to shake the immigration officer’s hand: it appears his firm handshake and the proper surname qualified him for a berth aboard a refugee ship bound for Canada. But at what cost to others? 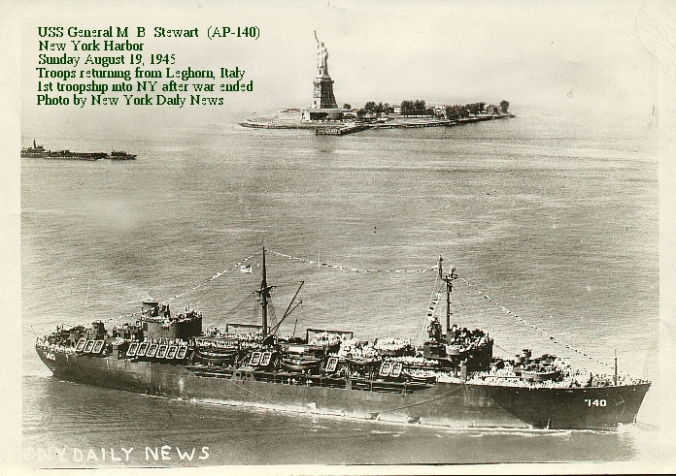 The General M. B. Stewart was one of 30 troop ships built for the U.S. Navy during World War II. Commissioned on March 3, 1945, the Stewart left for Pearl Harbour on her maiden voyage with 3,000 troops a month later. In 1946 she was decommissioned as a Navy vessel and went into service as an Army transport ship. On September 12, 1947, Gerhard and 830 other displaced persons boarded her in Bremerhaven and sailed for North America. Over the next five years, the Stewart made 24 round trips between Germany and North America carrying displaced persons to their new homes and several trips to Australia.

After being out of service for nine years, the Stewart was sold to a private firm which used her as a cargo ship for five years when she became known as the drill ship Mission Viking out of New Orleans. She was scrapped in July 1987.

The only surviving document Gerhard brought with him on the General Stewart was his exit visa. The visa declared that he was now the concern of the Preparatory Commission of the International Refugee Organization. It would have comforted him had he been able to read English. The frayed, yellowing document would be in tatters if not for the scotch tape placed carefully along the folds. The words on the visa were indecipherable to Gerhard, but their meaning was clear. Unknown Canada was better than known Germany. In a month he would be an ocean away from here.

It all seems official.

A crew member on a displaced persons transport ship reports:  “We watched them come aboard at Bremerhaven, many dressed in cast-off clothes and carrying their pitifully meager belongings. First the orphans, then the aged and finally families… Though there were 193 family groups aboard, there were no facilities for quartering families together. The 374 men bunked aft, the 316 women forward, with cabins reserved for the aged and for mothers with small children.”[1] 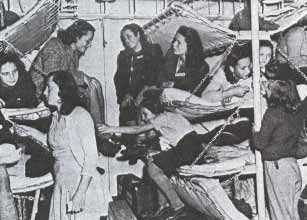 Women’s quarters aboard the M.B. Stewart.

“As we moved up the Weser River towards the sea, the passengers gradually fell silent. They realized they were leaving their mother continent, probably never to return. As long as land was in sight, the D.P.’s stood there on deck watching their past fade into oblivion…” wrote another member of the crew on one of these voyages.[2]

Meals were taken at standing-height tables, except for mothers with small children who were given seats in the former officer’s dining room. Women were assigned to help in the kitchen; men were given clean-up assignments on deck or in the engine room.[3]

“Providing their own work details, the quarters were kept swabbed and cleaned by the passengers themselves… But duties made small demands on their time, with the whole day theirs to spend on deck. Family groups gathered to luxuriate in the joy of just being together. Others congregated in groups, telling each other of the things they had heard of the land that was now only a few days away.”[4]